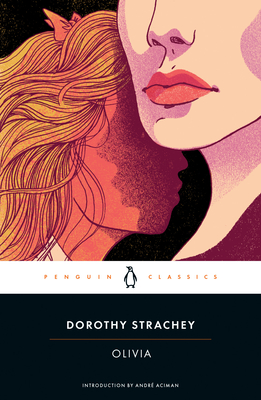 "I read Olivia many, many times, bought it for many of my friends, and consider it the inspiration for Call Me by Your Name." --André Aciman

A groundbreaking, passionate, and subtle story of first love, Olivia--based loosely on the author's own life--was first published in 1949 under a pseudonym. It tells the story of Olivia, a sixteen-year-old girl who is sent from England to a Parisian finishing school to broaden her education. Soon after her arrival, she finds herself falling under the spell of her beautiful and charismatic teacher, Mademoiselle Julie, who introduces her to art, literature, and fine cuisine. But Mademoiselle Julie's life is not as straightforward as Olivia imagines. As they grow closer, their relationship is threatened by jealousy and rivalry, and the school year seems destined to end in tragedy.

Dorothy Strachey (1865-1960), also known as Dorothy Bussy, was a member of the Bloomsbury Group and the sister of the writer Lytton Strachey. She also became a great friend of André Gide, and translated his works into English. In 1903, she married the painter Simon Bussy, and they had one daughter. Olivia, which she published under a pseudonym in 1949 and which is largely based on her own experiences at boarding school in France, is her only novel. Her obituary in The Times (London) described her as a "charming, witty, amusing and amused person."

André Aciman (introducer) is the New York Times bestselling author of Call Me by Your Name, Out of Egypt, and Enigma Variations, among many other works. He is distinguished professor of comparative literature at the Graduate Center of the City University of New York, where he is also the founder and director of the Writers' Institute.

“Through the melodrama cuts the fresh frankness of Olivia’s all-consuming ardor, and in her Strachey captures perfectly the urgency, excitement, and fire of a first adult crush.”
—The Paris Review

“Both ferocious and wholesome, and readers can rest assured that [Olivia's] journey through adolescent discovery and desire doesn’t end in doom or punishment . . . Transporting and accessible to young contemporary readers, as well as for lovers of classic literature looking for historical queer and lesbian fiction.”
—them

“A beautiful glimpse at the fickle flames of love . . . [Olivia] was a masterpiece when it was first written nearly 100 years ago, and it remains a masterpiece today. Not only does it stand up to the test of time, but in its exquisite attention to language, to feeling, its desperate determination to cultivate sensation and longing in the reader, it easily surpasses many of the more positive narratives that characterize modern gay and lesbian literature.”
—PopMatters

“A remarkable novel . . . It has a strange combination of strength and delicacy.”
—The Times (London)

“[A] short, breathless tale . . . Extravagantly French in its sensibilities.”
—The Wall Street Journal

“Written in a continual tremor of excitement . . . A novel of meltings, glowings, softenings and glooms, which declares its delicacies boldly, and announces the author's adherence to spontaneity and romance with some question-begging flourishes: ‘How can one . . . write without laying bare one's soul?’”
—London Review of Books

“A perfect distillation of the queer subject’s fear of the future—as well as the tragedy of self-discovery inherent to queerness, that first horrified recognition of an unwanted self.”
—Vol. 1 Brooklyn